First Principles Thinking is first-principles reasoning, which means going back to first things first and getting the basics right before moving on.

It’s about starting with what you know first and then building from there. The goal of first principles thinking is not just to solve problems, but also to create a solid foundation for further advancement.

In short, it’s critical for innovation in any field of endeavor.

First Principles Thinking has been around for centuries, but was given its name by Thomas Edison who said “Invention consists of seeing what everybody has seen and thinking what nobody has thought.” And he knew firsthand because he had invented hundreds of devices that were never thought of getting the basics right before moving on.

The first step of first principles thinking is identifying, clarifying, expanding and refining your current assumptions. These are words or phrases that people automatically assume are true without examining their validity or truthfulness.

For example, an assumption like “Failure is bad” may not be true for someone else. They may view failure as good because it provides them with valuable feedback on how to improve themselves in the future.

First Principles Thinking is about breaking down problems into their component parts. It requires us to question everything and admit what we don’t know before looking for patterns and solutions within them.

Once again, Edison was an expert first principles thinker who used questions as a first tool for problem-solving. Edison was known to ask himself the same question over and over again throughout his career. One notable example of this is how he kept asking himself “why?” about all of his previous failures until he came up with the lightbulb.

The first step of first principles thinking is not just identifying your assumptions, but figuring out if they are true or false; then dissecting them into their component parts; followed by using questions to help narrow down what you know and what you don’t know, and finally moving on to find solutions after assessing where you stand now based on everything else you’ve learned along the way.

Finding solutions takes time and effort, but once you understand how to use first principles thinking, you’ll be able to create your own path out of the darkness without having to rely on anyone else to do it. 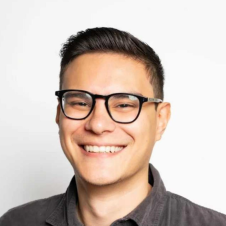