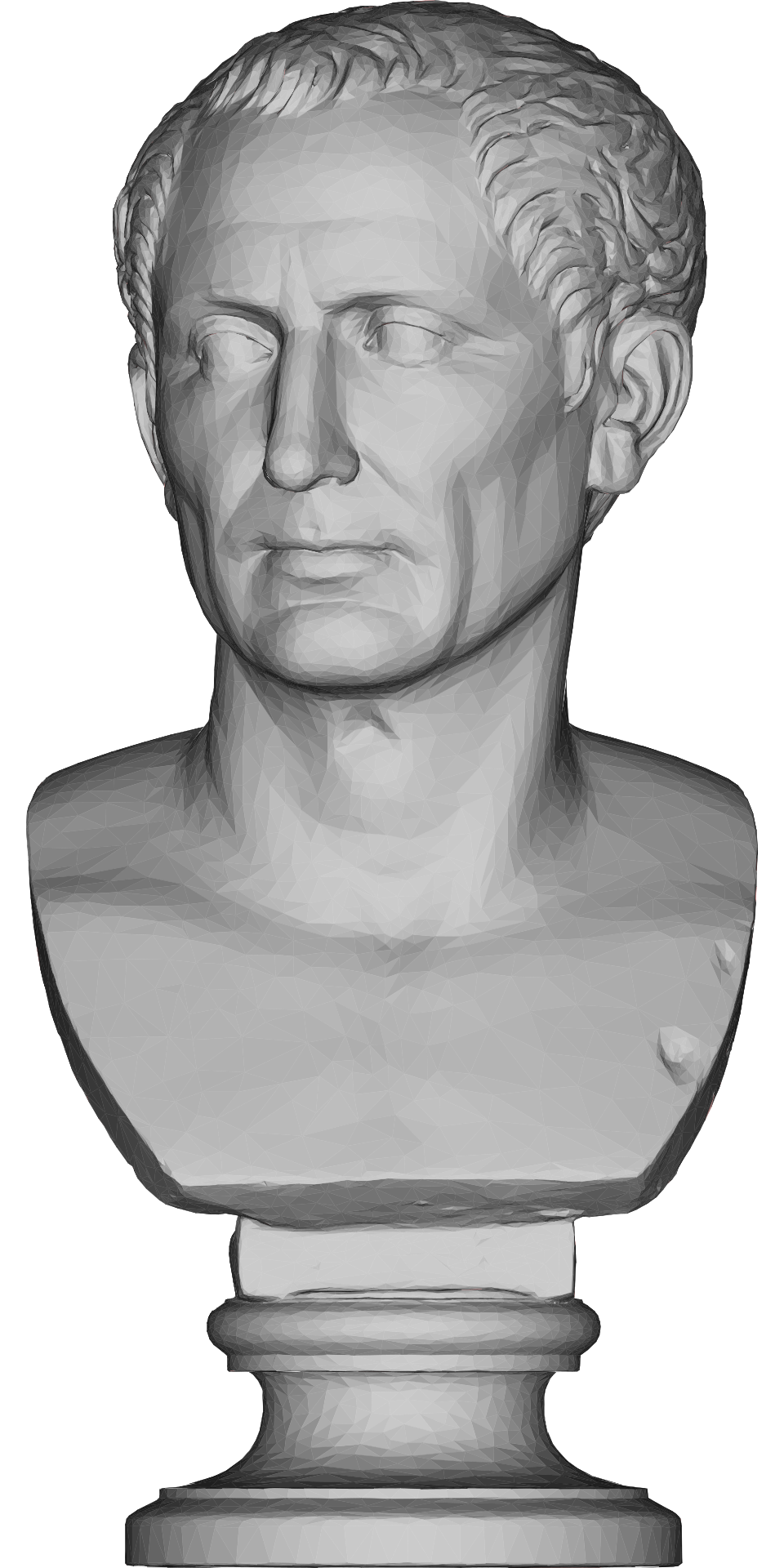 Through the power of his will and intellect, this man overthrew the Roman Republic and gave rise to the Roman Empire. Aside from his undeniable strategic abilities, the Roman commander shone out because of his leadership skills of soldiers, to whom he knew how to impart his vision and knowledge. Moreover, his warriors restored Caesar’s trust, which he required for his numerous victories.

Being a successful leader necessitates knowing whom to look to for inspiration. Let’s breakdown defines Julius Caesar’s leadership style.

What Was Julius Caesar’s Leadership Style

Julius Caesar was well-known for his unusual leadership characteristics, which helped him establish a name for himself throughout the Roman empire’s history itself.

He established himself as a military leader before using his leadership and problem-solving ability to form coalitions with conquered nations and gain the support of his people at home.

Here are just five leadership styles Caesar used and which are still used in business today:

It was commonly believed that Caesar remembered the names of all soldiers who fought with him. While this may be an exaggeration, it testifies that he engaged with his men personally.

He had no airs and graces and didn’t act as if he was “above” them. He ate and slept with them on the battlefield. His soldiers accompanied him into war, not on orders but because they wished to.

Caesar’s centurions possessed the same depth of understanding of the combat plan as Caesar himself. This meant that everyone in his “organization” was aware of his objectives, goals, and tactics for achieving them. People who lead their troops could then do so most efficiently, successfully, and in the most coordinated manner possible.

Disciplining deserters always proved unpleasant. It was not something a man of Caesar’s stature should have to do, but he did. As much as he backed his men, he also personally dealt with disciplinary situations when necessary.

Scholars have frequently suggested that Caesar took reckless chances. One of them included the treacherous crossing of the Rubicon with his men. However, the reality remains that a large part of why he achieved so much and influenced so many was because he took chances.

Caesar is well-known for his willingness to give knowledge openly and exceptional communication skills with his men and followers. Having grown up in poverty, he grasped the common person’s perspective. Therefore, he could relate and translate complicated concepts into plain language understandable by politicians and legionnaires alike.

Julius Caesar was born to a prominent family on July 12 or 13 around 100 B.C. The Roman Republic was in turmoil during his youth. He took over the family at the age of 16. His birth coincided with a civil war between Sulla and Marius, his adversary.

After Sulla won, Caesar was swiftly targeted by the new regime for his old connections. As a result, he lost all his wealth and rights, including his wife’s dowry, and the two had to flee.

After his mother’s family intervention, he was allowed back home, but he left Rome to join the military and soon won a civic crown for his role in a significant siege against the empire.

His military career began here. He advanced fast and had a successful campaign to the consulship in 60 B.C. in his military career. Deals with two Roman leaders made him one of Rome’s men from 50 B.C. until early 49BC.

Caesar as a Ruler

Julius Caesar was a Roman general and politician who named himself dictator of the Roman Empire. This rule lasted less than one year before political rivals famously assassinated him in 44 B.C.

His tolerance and eagerness to learn are commendable qualities for Julius Caesar’s characteristics as a leader of his caliber. His vision, confidence, and determination to conquer new countries are also reflected in the numerous battles.

A cunning military leader, Gaius Julius Caesar ascended through the ranks of the Roman Republic, eventually proclaiming himself dictator for life and upending the very foundations of the city of Rome.

Caesar’s men admired Julius Caesar’s leadership style and conducted himself as a leader. In addition, it’s claimed that he knew the names of the majority of his men. This quality earned him the devotion and tremendous admiration of the soldiers under him.

There is no denying that Caesar was a courageous leader. However, he was also brave and adventurous, as seen by his participation in his battles.

Having been on the front lines of combat, standing side by side with his legions, and spending many years doing a soldier’s “dirty” duties, he learned how to be a good soldier. The art of war was taught to him through many years of eating, sleeping, and bleeding while marching with the legionaries. His accomplishment as a military leader can be linked to his years spent in the trenches and doing most of the work with his troops.

Caesar for The People

Caesar was also a champion of the common person’s rights as a ruler. After Sulla’s death, when he was a young man in 78BC, he began working in judicial representation. During this period, he developed himself as an outstanding orator, speaking in a high and commanding tone of voice.

Besides that, he was well-known for mercilessly assaulting and punishing former governors who were found to be implicated in bribery and corruption.

Some historians believe Caesar was a humble leader, even though this is heavily debated. He had earned his victory as an imperator, and he had full right to rejoice in that victory. Yet, he desired to run for consul at the very same time.

The consul was the republic’s most powerful magistrate. Caeser had to choose between celebrating as a soldier and running for consul because he couldn’t do both.

Caesar as a Solider & Civilian

He had to remain a soldier to celebrate his victory and was not permitted to enter the city until well after the celebration. After that, he would have to retire as a soldier and travel to Rome as a citizen to run for consul.

When faced with a difficult choice between the two, and after being refused permission to participate in the festival in absentia, Caesar decided to forego a celebration he merited to run for the consulship.

His Network of Allies

It’s also worth noting that the people who were serving Caesar all retired wealthy, which is an excellent lesson on mind and motivation. He was also able to perform even though he was confronted with several difficulties.

However, it’s recorded that these obstacles did not affect how he executed his ideas or carried out his responsibilities as a leader. This, perhaps, might be because he had assembled a solid team of men who worked alongside him and who guaranteed that things ran well even when he was unable to oversee them personally.

Julius Caesar launched his ascent to power in 60 B.C.E. He created an alliance with a general, Pompey, and an affluent nobleman, Crassus. Both these men were members of the Roman Senate.

On the other hand, the triumvirate began to fall apart over time. Finally, Crassus died in combat, Crassus began to consider reigning without the extremely popular Caesar at his side.

While Caesar was engaged in battle in Gaul (known today as France), The Senate and Pompey forced Caesar to return to Rome sans his army.

Caesar defied the Senate’s authority and took his army with him upon crossing the Rubicon in northern Italy. This action resulted in the outbreak of a civil war. However, with the help of his troops, Caesar overcame Pompey’s soldiers and marched into Rome in 46 B.C.E., victorious and unopposed.

The Die Is Cast!

People have said and believe that the success of the Roman legions, under Julius Caeser’s characteristics as a leader, is attributed to their appropriate training and attitude. However, Julius Caeser taught the world’s leaders that possessing the most modern weapons does not always guarantee victory for a nation.

Julius Caeser showed that the effectiveness of a nation’s leaders’ strategies and their ability to use their tools make all the difference in a conflict.

Have you found this article interesting? Then browse my page for a variety of exciting topics!